Fabián Rodríguez Castro (they/he) is a multidisciplinary artist with advanced study in conducting and vocology and work as a vocalist, instrumentalist, and artistic & creative consultant. From a variety of different projects and organizations, Mr. Rodríguez Castro is known for his ability to work with individuals and groups of all ages and diverse backgrounds.

As a vocalist and instrumentalist, Mr. Rodríguez Castro has had the opportunity to perform at a number of different venues all over the world. His performance career has taken him throughout the United States and abroad in concert tours and recording projects, including performances at Walt Disney Concert Hall, Radio City Music Hall, and Jazz at Lincoln Center. His performance tours have taken him across the United States and around the world, performing throughout Europe and Asia.

Fabián has recently finished his Master’s in Music in Conducting at Azusa Pacific University where he has performed with various ensembles in a variety of genres including the Choral Scholars, University Choir, Symphony Orchestra, Gospel Choir, Masterwork’s Chorale, Jazz Band, and the Chamber Singers who most recently went on a concert tour of Hong Kong and China in 2019. He is very excited to start his DMA program with Dr. Elizabeth Schauer and all the opportunities yet to come.

Fabián Rodríguez Castro continues to work with various organizations and institutions as an artistic & creative consultant in the fields of audio engineering & production, visual graphics & web design, and music education. 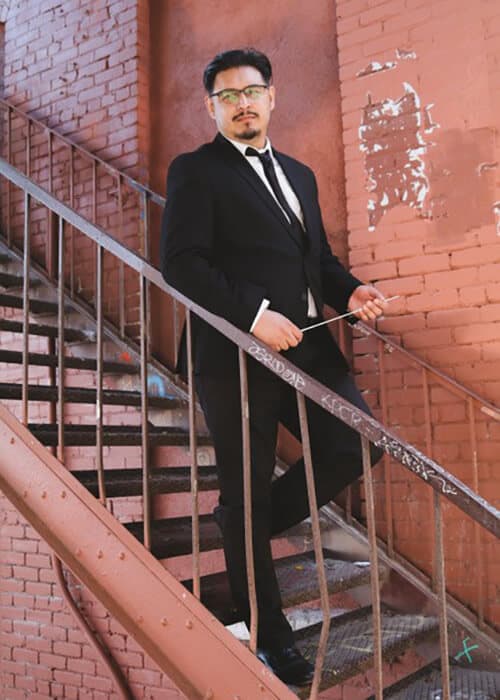